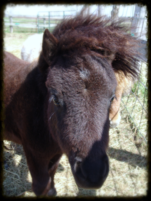 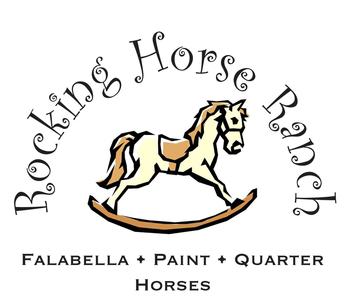 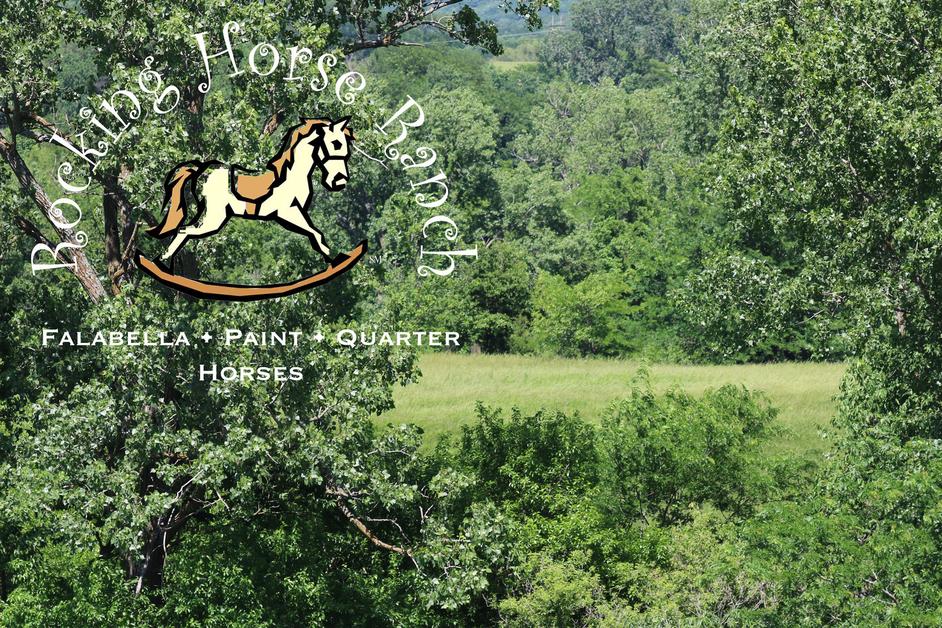 Rocking Horse Ranch MO, LLC, has been breeding horses since 1995.  Currently, we are specilaizing in pure Falabella Horses.  We are located in Northwest Missouri, in the country. Our location is easily accessible from I-35 and I-29.  We are currently building our herd to offer horses of different colors.  All of horses are DNA tested and 15-numbered microchipped to ensure their heritage.  Continue to check out our site for updates.

All of our horses are DNA tested and 15-numbered microchipped to ensure the highest quality horses for sale.

When people see the Falabella horse, they often think of it as a pony. However, the Falabella is far from a pony. Its origin is in Argentina, and it is known as the true original miniature horse. This breed is the smallest of horse breeds in the world, in fact, most Falabellas are 34-inches or smaller as an adult (three years of age). They can be seen as very similar to Arabians and Thoroughbreds due to their slim frames and sleek coats, as well as often carrying the Appaloosa spotting patterns. Many Falabellas have an abundance of hair with their long manes and hair around the fetlocks. Falabellas can be registered in the Falabella Miniature Horse Association (FMHA) in the United States, and the FSE Falabella in Europe. They can also be registered in the American Miniature Horse Association (AMHA) and the American Miniature Horse Registry (AMHR) and the World Class Miniature Horse Registry (WCMHR) within the United States.

Falabellas are multifaceted animals that can serve many purposes. They are very intelligent animals that have excellent temperaments. These qualities, as well as, their easy trainability, allows them to be used as therapy and guide animals in many situations. Their small size also helps this purpose. Falabellas are also used as show horses for both in-hand classes and driving classes, and they can be jumped in-hand to heights up to three feet. Due to their small size, they can only be ridden by very small children. However, many use them as companion animals for not only people, but also other animals.

Originally developed in Olavarria, Argentina in 1868 by Patrick Newtall, the Falabella breed was created. Newtall used small, local horses of Criollo stock and some in the Mapuche Indian herds of Southern Buenos Aieres. Many of these horses were descended from Iberian and Andalusian horses brought to the area in 1536 by the Spanish, but were left to survive on their own when the Spanish were unable to conquer the area. Due to this abandonment, these horses went to through many biological and structural changes in order to adjust to the conditions of the land. They traveled great distances to find any available food and water, resulting in their hardy, intelligence, and their instinct of surrounding conditions. Because of this, there was inbreeding within the herds, and, as a result, the production of smaller horses.

Patrick Newtall originally used these horses in his breeding program. They were also the foundation stock of other breeds, such as, the Criollo. Upon Newtall’s death, this program was passed to his son-in-law, Juan Falabella, who added other bloodlines. These included very small Thoroughbreds, the Welsh Pony, and the Shetland Pony. Through consistency of selecting the smallest stallions to breed with the smallest mares, he was able to create smaller sized horses with each passing generation, which was then named Falabella, after their family. The herd breeding was handed down to Juan’s son Emilo, and then to his son, Julio. In the 1940’s, Julio Falabella started the formal breed registry, the Estableceimientos Falabella. This is now known as the Falabella Horse Breeders Association, which has the longest recorded history of any miniature horse association in the world, with records going back 150 years. Another big accomplishment by Julio was standardizing the breed to reach a consistent height, which is now less than 34” at the withers. The first Falabella’s were finally brought to the United States in 1962 when Joh Alena of Argentina sold 12 stallions that he had purchased from Julio Falabella. These were sent to the Regina Winery in Etlwana, California to be used as driving horses to promote the wine. Most of the horses in the United States actually descend from these 12 stallions.

Julio passed in 1980, and the herd and ranches were divided between Maria Luisa, his second wife, and Maria Angelica, his only daughter. Shortly after, his daughter moved to South Carolina with her herd of Falabellas. In April, 2006, she sold her entire herd to Laurie Stevens, of Toyland Falabellas Miniature Horses, including Angela’s special picks that were only 26” to 30” tall, and whose bloodlines go back to the original herd in Argentina.

There are merely small herds of Falabellas known to exist in the USA and many other countries today. In fact, according to the FMHA, “There are less than 2000 Falabellas registered in the FMHA since its incorporation in 1973. The number is estimated to be only several thousand in the entire world. There is a strong demand and limited supply due to the small number in existence. There are distinct differences between Falabellas compared to American Miniature Horses. The rarity and purebred Falabella ancestry of every Falabella is what primarily sets it apart from all other Miniature Horses.” The Falabella is a rarity today, and its wide range of uses and skills sets it apart from many other breeds. ~~Macey Embrey